This month I had the pleasure of attending one of Harvey’s British Eatery Pop-up events. I was not disappointed, the food was impressive. Chef Harvey Trollope is running regular pop-up events held at Clerkenwell Kitchen in central London. He’s passionate about reviving British food in a way that’s simple, yet utterly delicious. His menus run in sync with the seasons and ingredients are locally sourced. While the dishes are not unnecessarily complicated, they are most definitely a class above your run of mill recipes. It’s posh nosh, but down to earth at the same time.

Harvey Trollope is a humble chef takinging time with his dinner guests to explain the dishes, why he has chosen certain ingredients and where they have come from. His experience working in michelin star restaurants shines through in his culinary skills. Marco Pierre White and the Ritz must be missing him big time! Thankfully us residents and visitors of London can still enjoy his scrumptious menus!

Vegetarian and vegan dishes could also be requested in advance and included; 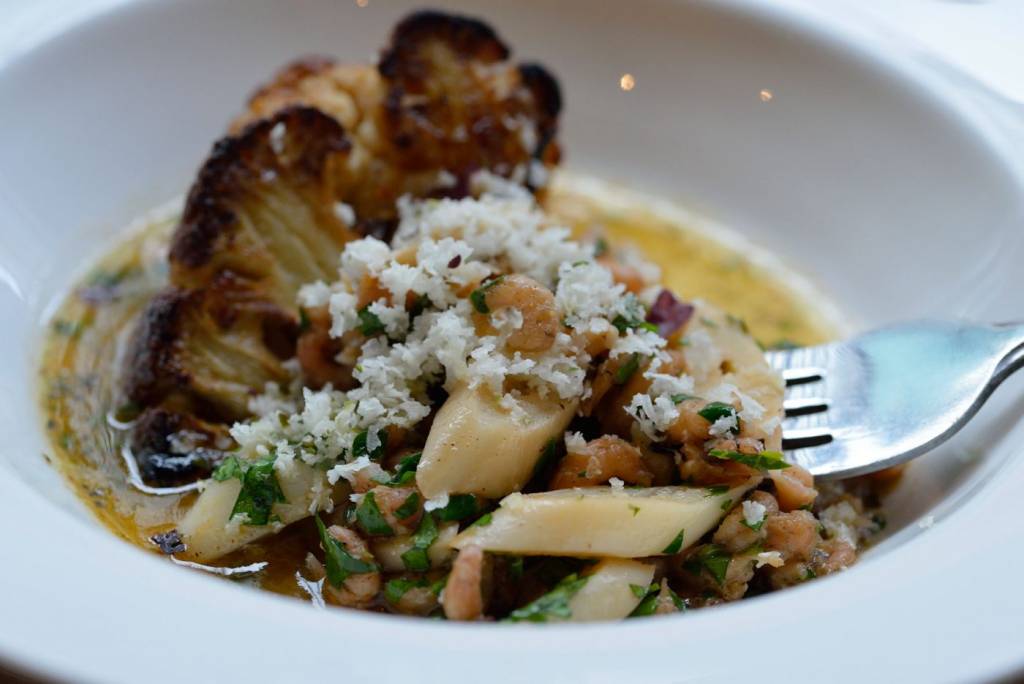 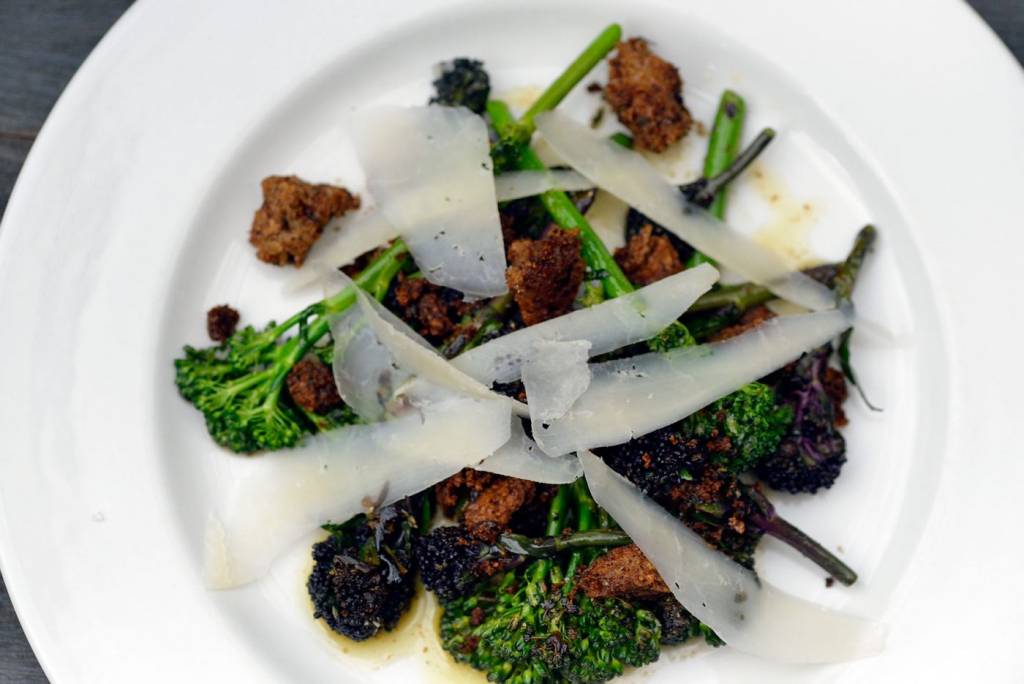 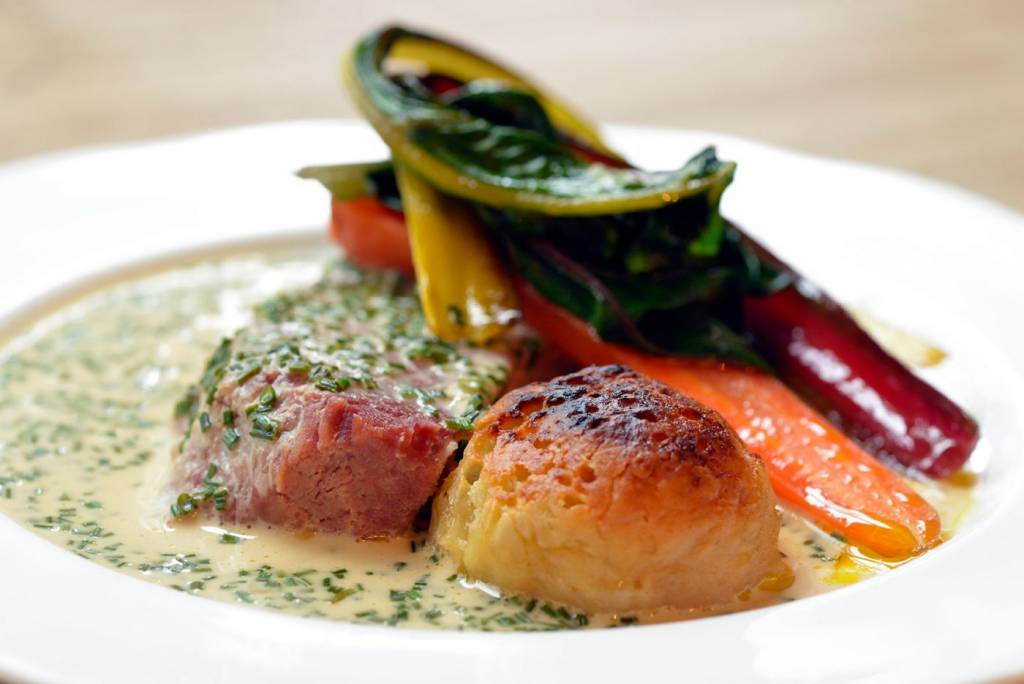 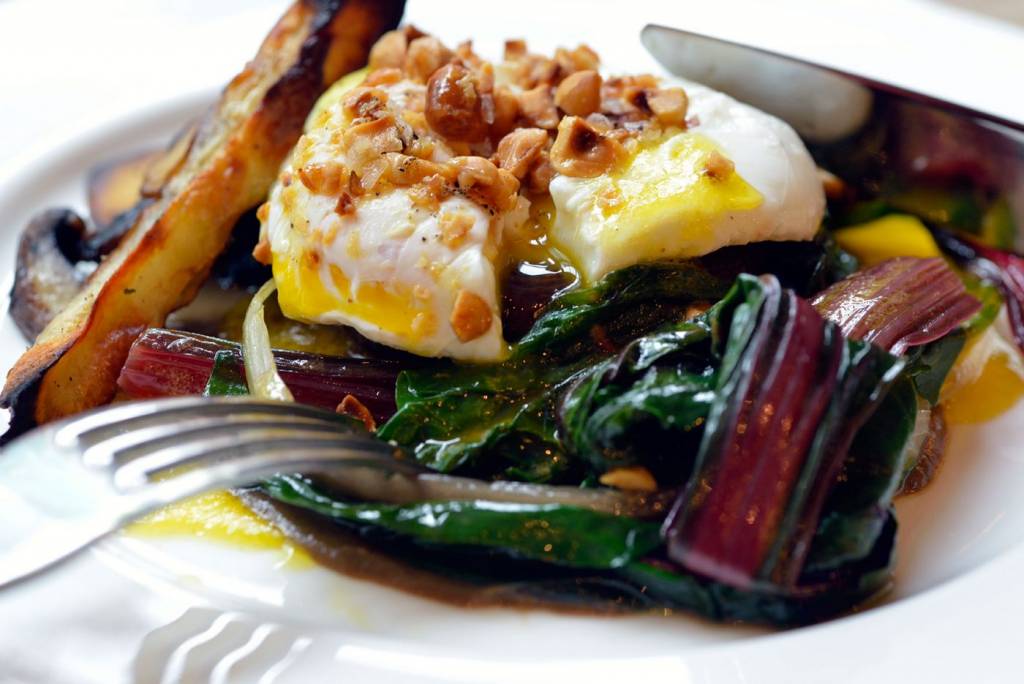 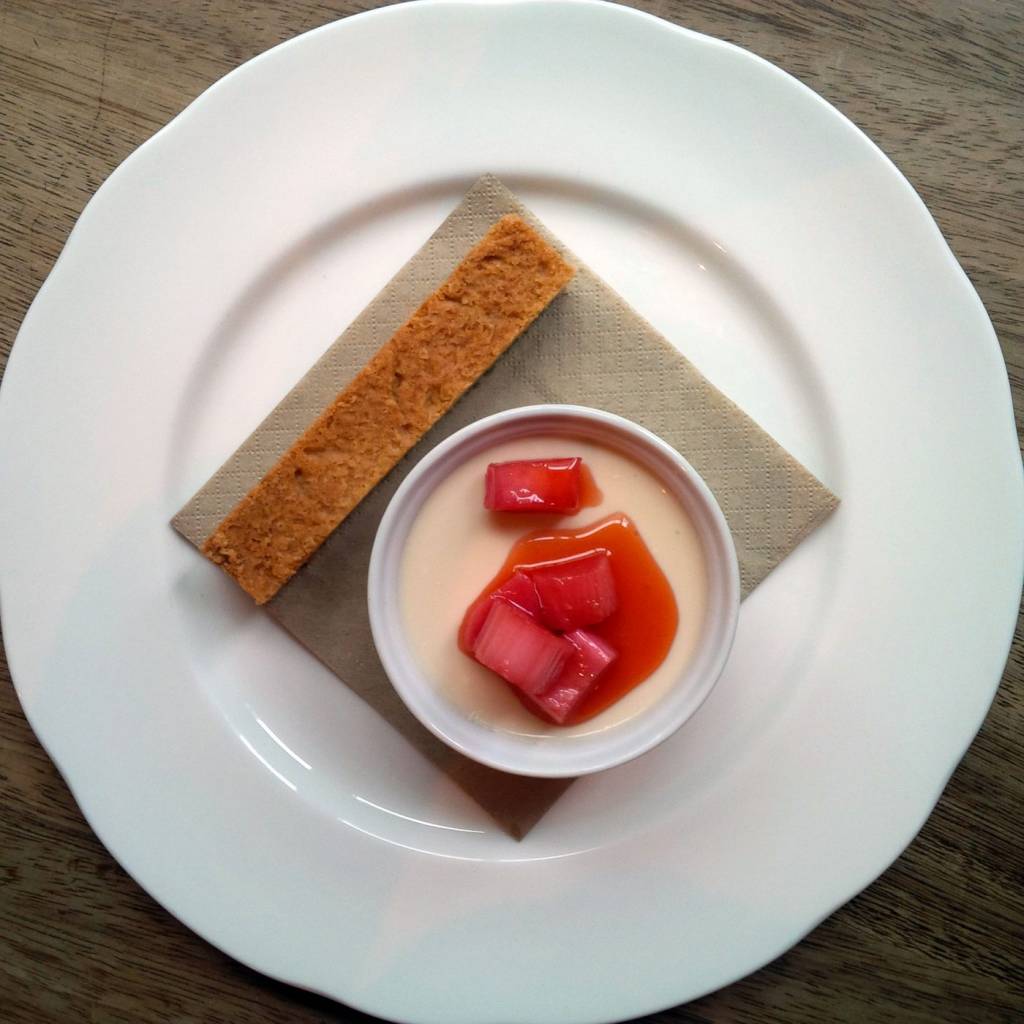 My favourite was the stuffed mushrooms, although they were all thoroughly impressive in their own right. It was the little finishing touches that really made the dishes standout. Using a little drizzle of hemp oil on the Watercress soup added an extra slither of wholesomeness that cut through the cress. The chopped hazelnuts on the poached egg and the blood orange juices used to cook the rhubarb introduced additional layers of finesse.

If you have not had the chance to try Harvey’s cooking, fall in love with British food at his next pop-up on the 23rd of April. Head to the website to review the menu and book your table. I highly recommend it!

Here’s a few shots of this fabulous menu in the making. 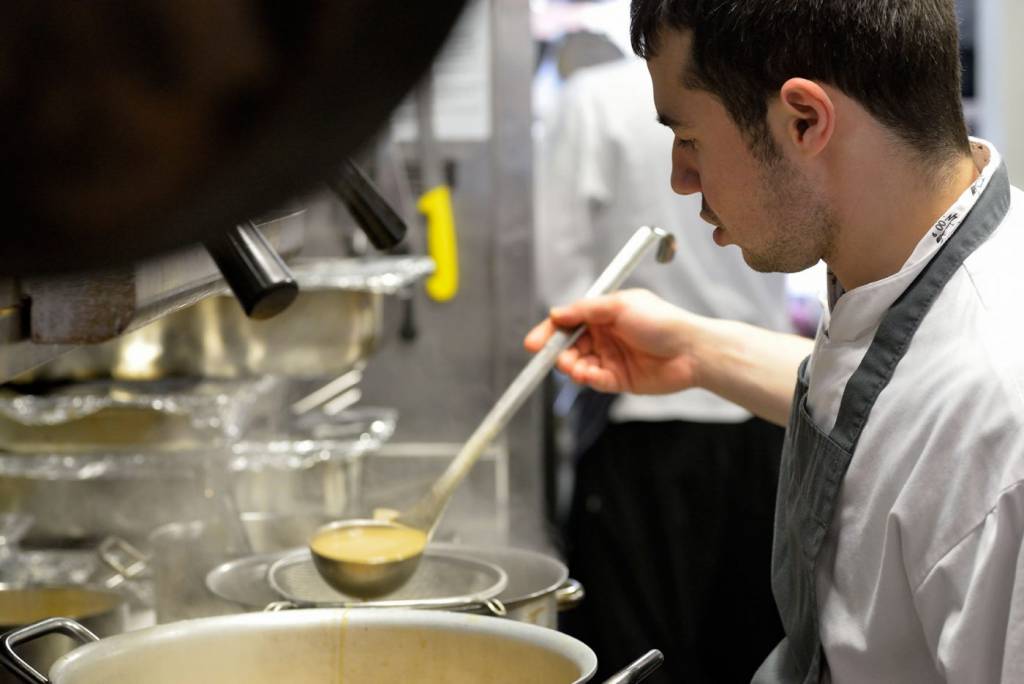 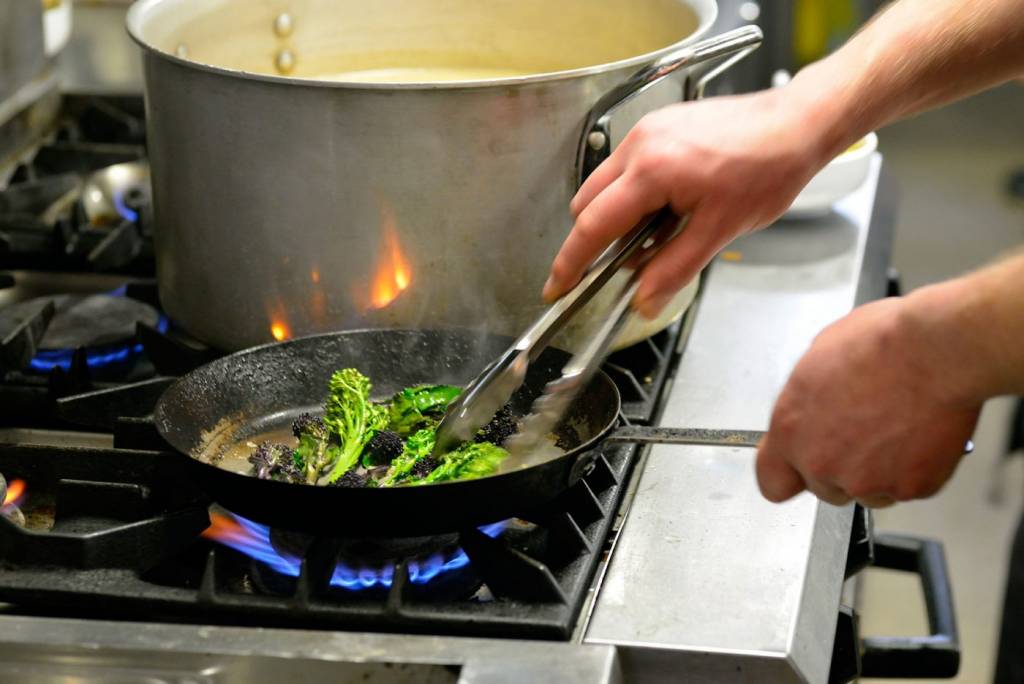 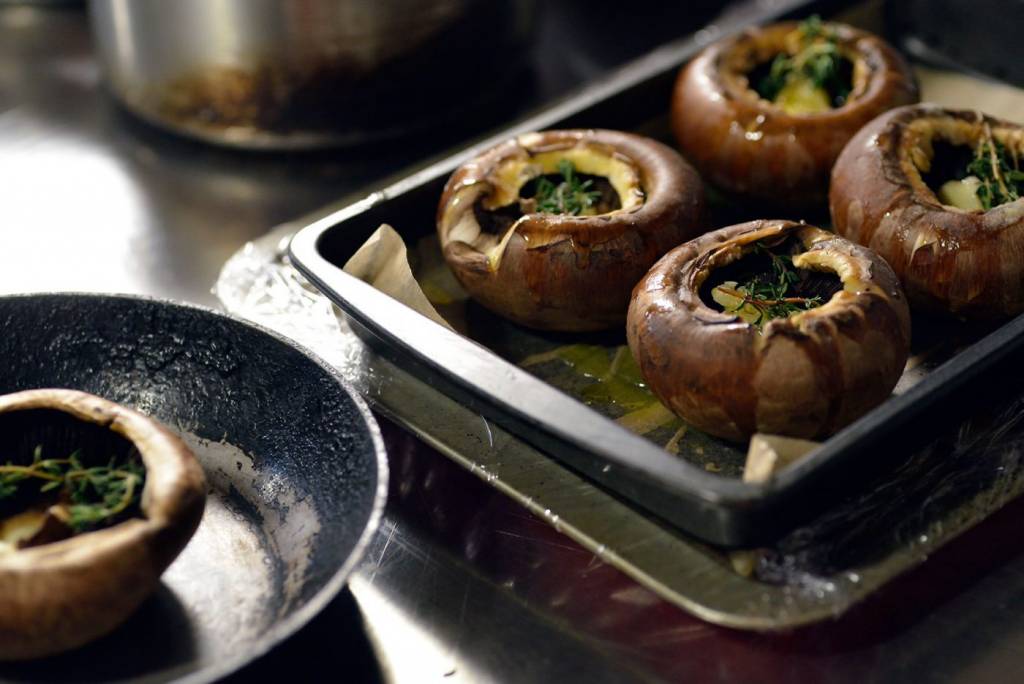 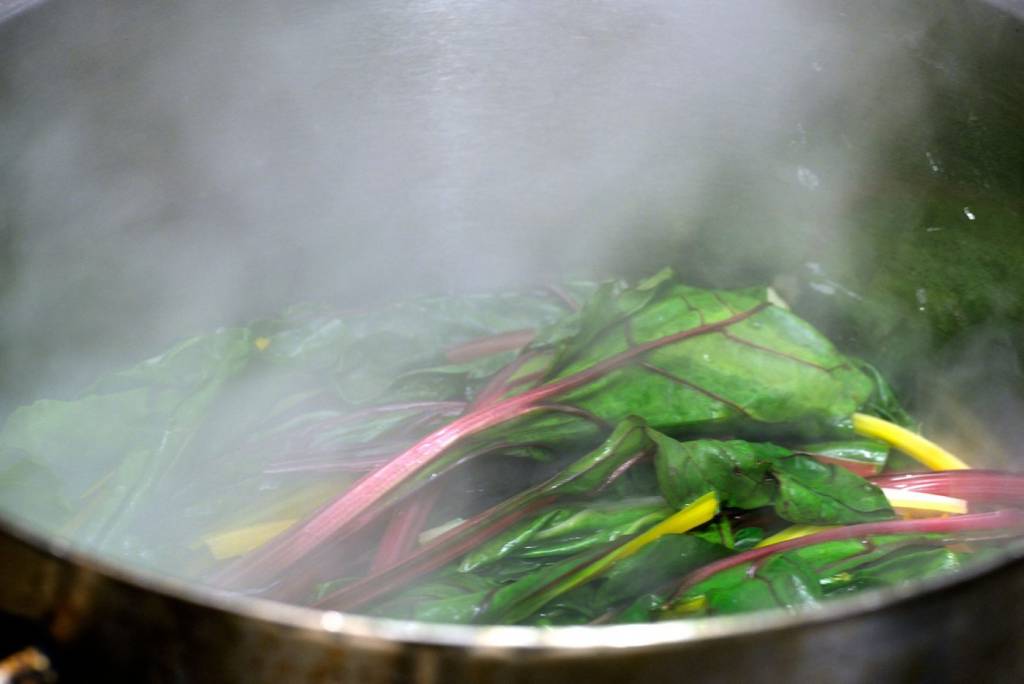 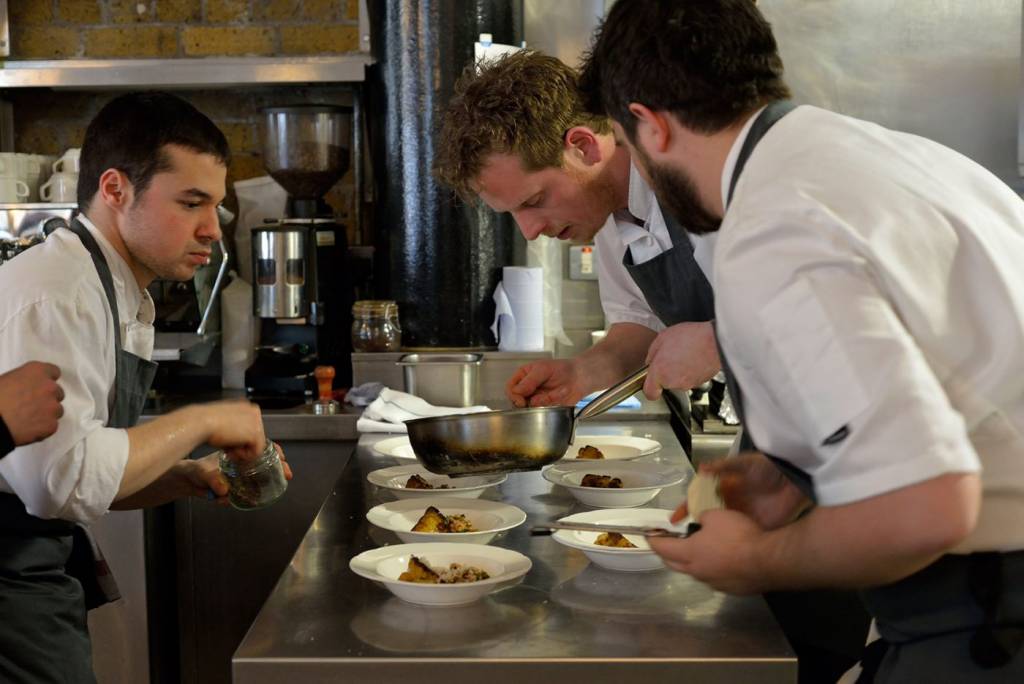 It was quite incredible to watch Harvey and his team working together to plate up food at the pass. Each taking their turn immediately to add the elements to the plate before the waiting servers carried off to the dinner guests. It reminded me of the manic but highly organised pit stop during a formula one car race.